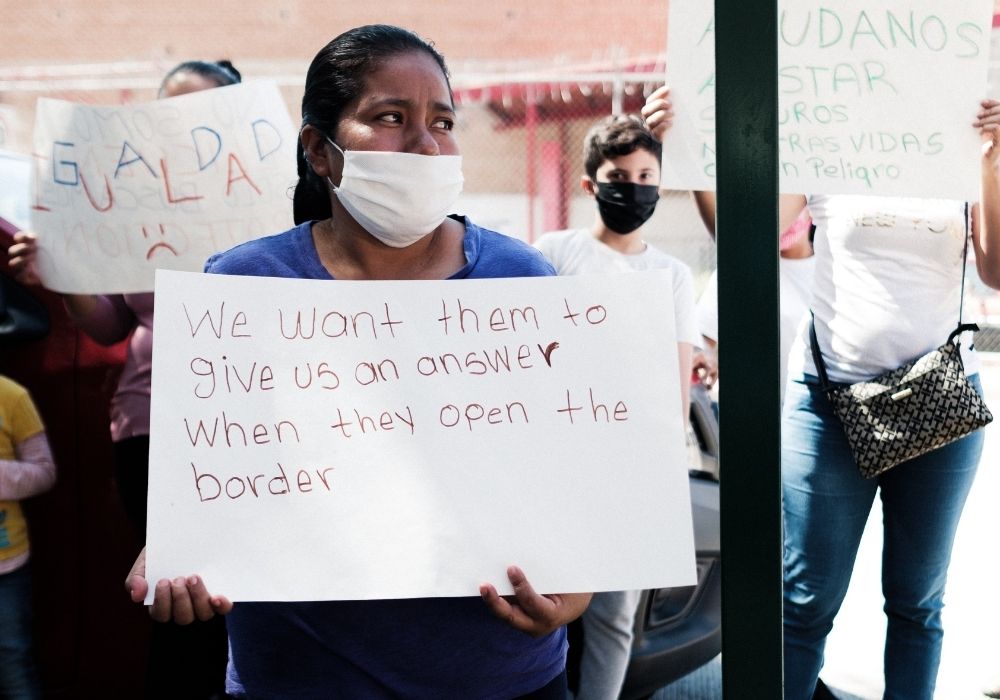 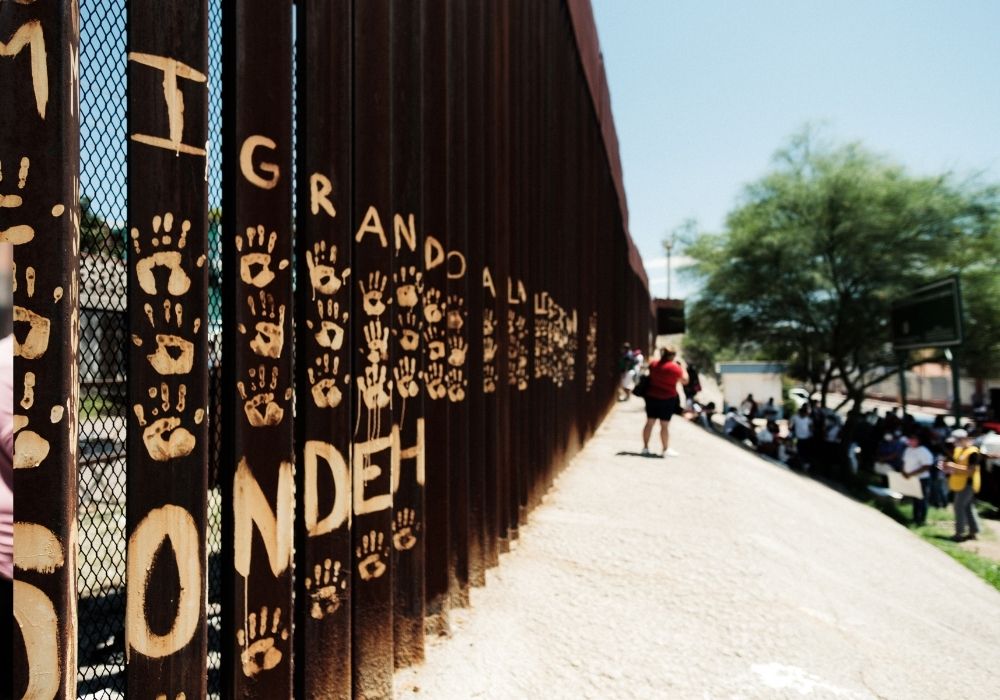 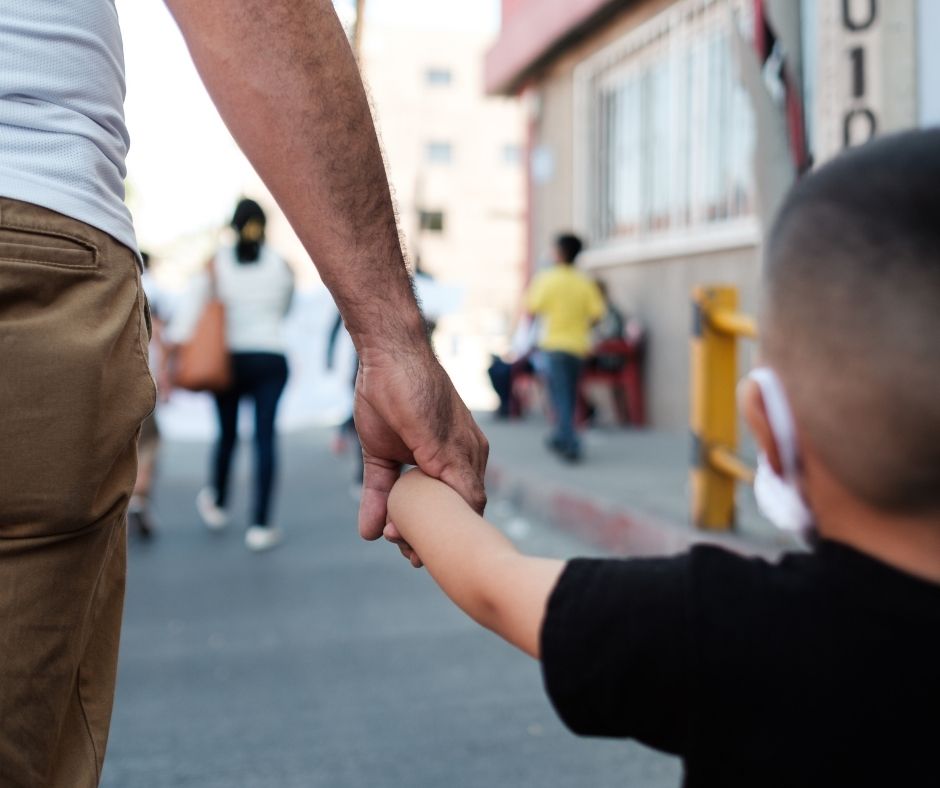 On the morning of August 6th, a crowd of asylum seekers, civil society, people of faith, artists, and local leaders from both the US and Mexico came together at the border wall in Ambos Nogales to fight to #SaveAsylum. Although the towering steel beams created a physical divide, we were creative in coordinating a binational effort to protest the dismantling of the asylum process, hear testimonies from asylum seekers, receive their claims, and request that communities take action.

On the Sonoran side of the border, we were joined by migrants and asylum seekers. From toddlers to teenagers, single parents to multigenerational families, nearly 70 migrants came together under the sweltering morning sun to be part of the protest, listen to fellow asylum-seekers, and assert their right to due process in the United States. Signs were raised to the sky during the event expressing cries for help and messages of hope alike. One read: “We cry out for asylum because of the violence that we are enduring in Guerrero. Love unites us, but borders divide us.” Another stated: “They didn’t leave searching for riches; they were looking for a street where they could walk freely with their children.”

Similar sentiments emerged from testimonies in which asylum-seekers from Venezuela, Guatemala, Cuba, Mexico, and Nicaragua, expressed the harm that they were fleeing and the hope they hold on to in finding refuge in the US. The group on the Arizona side of the border listened to their testimonies, validated their plea for support, and symbolically received their asylum claims.

A majority of the migrants in attendance have been stranded in Nogales for several months. Esdras who traveled with his 14-month old son, arrived in Nogales in February, put their names on the metering list, and then saw the borders harden before his eyes with the onset of the pandemic. Bernabe and Elena along with their two young children fled their gang-ridden neighborhood on the outskirts of Guatemala City five months ago, but by the time they arrived at the border in March, the entire asylum process had been brought to a halt.

Because the US. government does not accept, recognize, nor receive their claims to asylum is exactly why we came together to #SaveAsylum and enact and validate what the US. government does not. Esdras says that the event restored his hope, “just knowing that there are actually people on the other side [of the border] who care makes me very glad.” We carry the testimonies of each asylum seeker who shared on August 6th and of all asylum-seekers with great responsibility to be persistent and compassionate advocates in the fight to restore asylum. 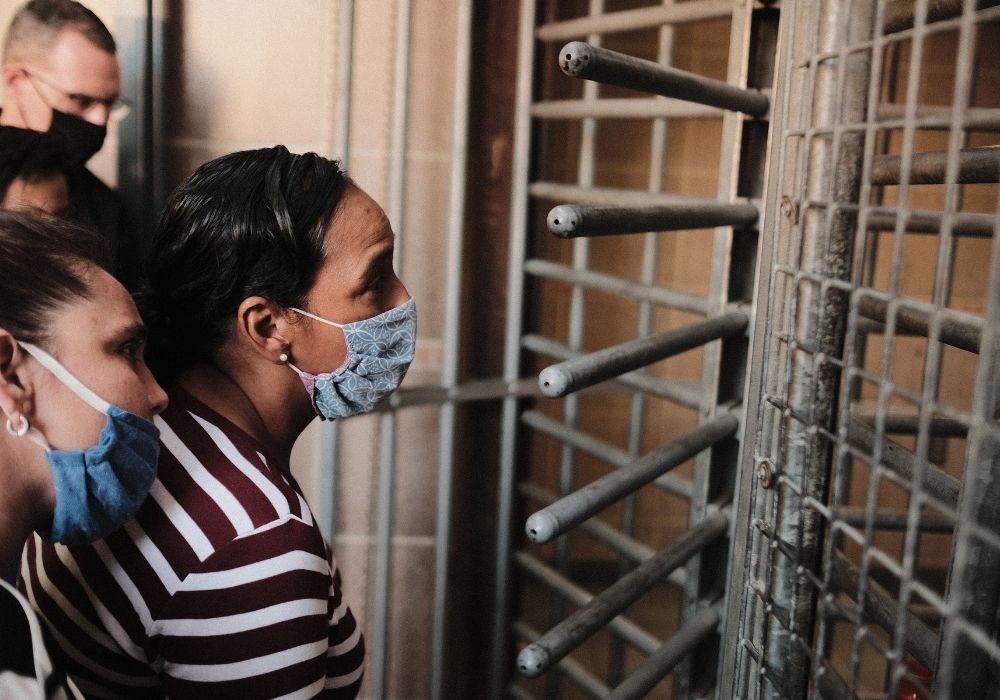 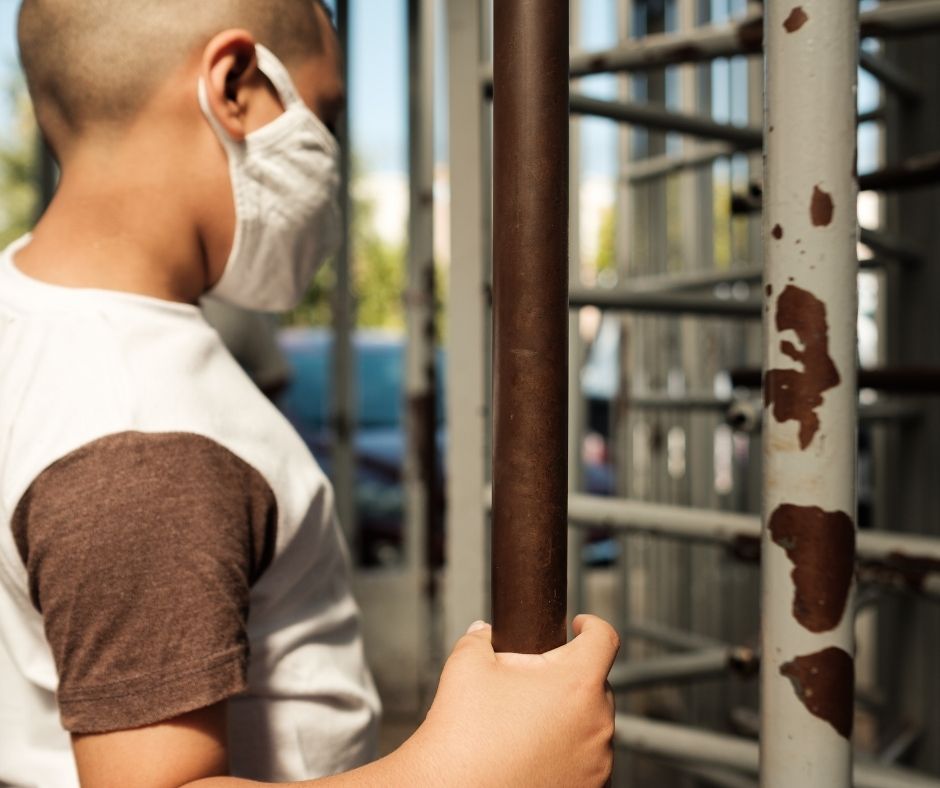 On Friday, August 21st migrants, asylum seekers, faith leaders, and community members came together in Nogales, Sonora to accompany an asylum seeker, Elena (pseudonym to protect her identity) and her 12 year old son, to the port of entry to claim asylum. Father Sean Carroll, Jesuit Priest and Executive Director of Kino Border Initiative, approached the port with them both. This action is in response to the Administration’s suspension of the processing of asylum claims that has been in effect since March 20th of this year. Whereas the US government does not accept, recognize, nor receive claims to asylum at the border, we came together to support Elena, and all asylum seekers, in exercising their legal right under international and US law to claim asylum.

Elena’s resiliency and hope have radiated since the day she first arrived at Kino Border Initiative in April. Both radiated again on the evening of August 21st as she bravely approached the port of entry in downtown Nogales to claim asylum. She confronted an agent and entity controlled by an administration that has systematically denied people like her the legal right to claim asylum. Despite such obstacles, the resiliency and hope is alive among asylum seekers of the Kino Border Initiative community who organized Friday’s #SaveAsylum event.
Elena's Story